ALL ABOUT BARCELONA, SPAIN

Best known to many as the city of Antonio Gaudí with the towers of the Sagrada Familia reaching skyward and a focal point of Barcelona’s the city line. The gothic quarter with its narrow medieval streets , impressive cathedral and sumptuous Boqueria market. The grand Passeig de Gracia Avenue with its luxury stores and the dazzling modernist architecture crowned by the Casa Battló and the Casa Milà Pedrera House. Yes, the sights are many  but the atmosphere of this city is one to savour, shimmering under  the bright sunlight reflecting from the sea.  Explore its enchanting neighborhoods from Born to Gracia and everything in between, through the squares, down the avenues  with a delectable array of restaurants, bars and cafés with the unmistakable Catalan style. A city with so much to offer and a grand gateway from which to venture out and enjoy Catalonia and its culture.

Explore a selection of our most popular Seville experiences. However long you spend with us, our luxury, expert-led tours will make you feel like a true insider.

See all our tours in Barcelona Stop at friendly local florists and bakeries, workshops for leatherware and textiles, purveyors of the finest Spanish cheeses and olive oils. A private tour through the labyrinth of the Gothic Quarter, with its narrow lanes that lead into grand plazas that still bear bullet holes from the Spanish Civil War. 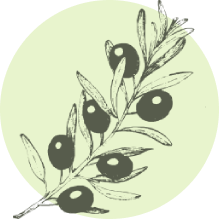 This half-day tour takes in his signature designs, from the rippled stone and twisted iron of La Pedrera to the glistening ceramics and dragon-backed roofline of Casa Batlló. En route you’ll discover other striking examples of Catalan modernism by more famous architects.

BEST PLACES TO SEE THE SUNSET:

♥ La Barceloneta, along the water, or at the top of the W Hotel!

♥ On top of Tibidabo Mountain

BEST VIEW OF THE CITY:

♥ On top of Tibidabo Mountain!

PRETTIEST STREETS TO WALK DOWN:

It’s a tie between:

♥ Plaça Reial & the Passatge de Madoz (adjacent) (secret plan: have a drink at night at Ocaña or at the Pipa Club!)

♥ Aim for the off seasons, like April or May, when Barcelona is filled with flowers, a calm energy & beautiful weather.

In 2004, at only 24 years old, he received his first Michelin star, making him the youngest to receive such an honor in Spain and second youngest in the world. He describes his cuisine as “evolutionary and restless, based on the product and where creativity and tradition are merged.” 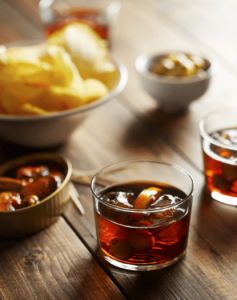 ♥ Nandu Jubany… has a gastronomic empire.

His flagship restaurant, Can Jubany, is in the small town of Vic, about 1.5 hrs form Barcleona, and is where he grows his vegetables, herbs & livestock. He has a restaurant called Pur in Barcelona,  3 restaurants in the Balearic Islands, 1 in Andorra, and 1 in Singapore. He also has an events company with a main focus is on gastronomy and, refurbished a convent in Girona, built in 1583, that he has made into a stunning event space.

♥ Albert Adrià, another gastronomic magnate and one of the infamous Adrià brothers (Ferran!). Though he had to close all his restaurants due to the pandemic, they have announced the reopening of Enigma, the Michelin star restaurant Albert himself has described as a “gastronomic theme park”. The Adrà brothers have also been part of the collaboration with José Andrés to create “Mercado Little Spain” in NYC!

♥ Pa amb tomàquet – though each area of Spain has their own version of this these days, the Catalán style is to rub toasted bread with garlic then rub with a tomato, & drizzle a little olive oil & a pinch of some sea salt! Best in the morning, alongside a fresh glass of orange juice.

♥ Calçots – long-stemmed green onions grown in Catalonia which is barbecued on an open fire. Remove the charred outer layer, dip into a romescu sauce. Also? You’ll need a bib!

MUSIC FROM BARCELONA TO CHECK OUT:

♥ Estopa, one of the most famous Spanish bands in Spain – sometimes described as “rock/rumba”, but other times as “contemporary flamenco rock / alternative rock”. Their songs serve as many anthems from the 2000s.